“Cake Boss” star Buddy Valastro’s wife Lisa Valastro is a reality TV star in her own right. She’s been a recurring character in the reality television series Cake Boss that shows the goings-on inside the famed Carlo’s Bakery — Buddy’s family business — in Hoboken, New Jersey. Most episodes revolve around the Boss and his family of sisters, brothers-in-law, aunt, and cousins whipping up pastries and conceptualizing larger-than-life cakes. And then there are some episodes that delve into the private life of Buddy and Lisa, with cameo appearances by their four children Sofia, Buddy Jr, Marco, and Carlo. With the main spotlight always on the cake decorating maestro, what we see in the show are only fleeting glimpses of Lisa. 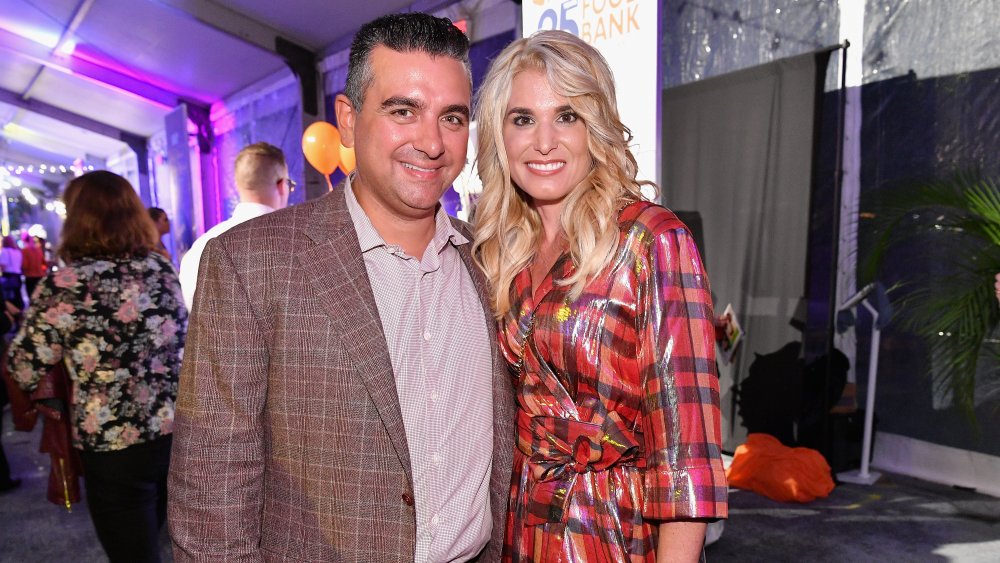 For Buddy, Lisa is his best friend, an “incredible, supportive wife” and an “amazing, caring mother.” The couple renewed their wedding vows on a Disney cruise a decade after they got hitched in 2001 — this time in the presence of their children. The duo has it sorted out when it comes to dividing responsibilities. “He is the cake boss, I am the cook boss,” Lisa said in an episode of The Chew. While Buddy takes care of the bakery business, Lisa has things in control at home. She plays the bad cop with the kids, while Buddy slides easily into the good cop role. She and Buddy, as it turns out, have never had a fight! Here’s all you need to know about the woman behind the Cake Boss’ success. 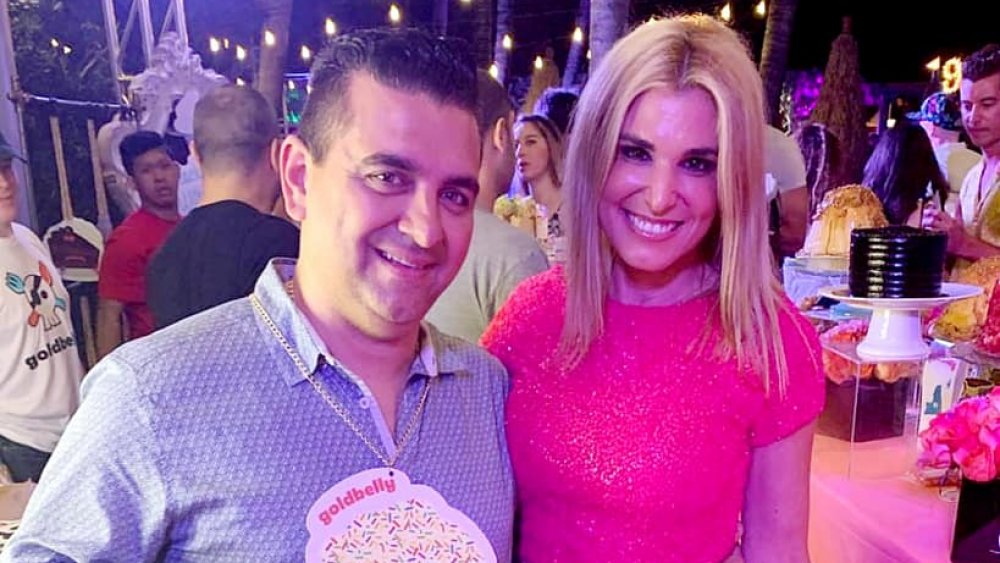 While Cake Boss gives a good peek into the personal lives of Buddy and Lisa Valastro and their kids, Lisa’s podcast “What’s up Cuz?” takes it up a notch. Co-hosted with comedian Erica Spera, producer of 607 Comedy, the podcast covers all that goes on in the Valastro family when the cameras are off.

In the podcast, Lisa candidly talks about the challenges that come with being the wife of a popular television star, and a social figure herself. “Before ‘Cake Boss’ started, I never really pinpointed all the imperfections in my body. Until, unfortunately, social media started pinpointing it out for me,” she says in an episode of the podcast. Even if she tries her best to look decent standing next to her celebrity husband, she adds, people would still find something wrong with her appearance. Sadly, for Lisa, it has gotten to a point that she doesn’t feel like posting a photo on Instagram (where she has 664,000 plus followers) anymore.

The episodes give an unfiltered view of the Valastro household, where kids have curfews, and holiday get-togethers are a big celebration – like in any other normal family. The weekly podcast was launched in July 2020, and was listed among the iTunes Top 20 podcasts in October 2020.

Buddy Valastro’s wife grew up in a strict Italian family 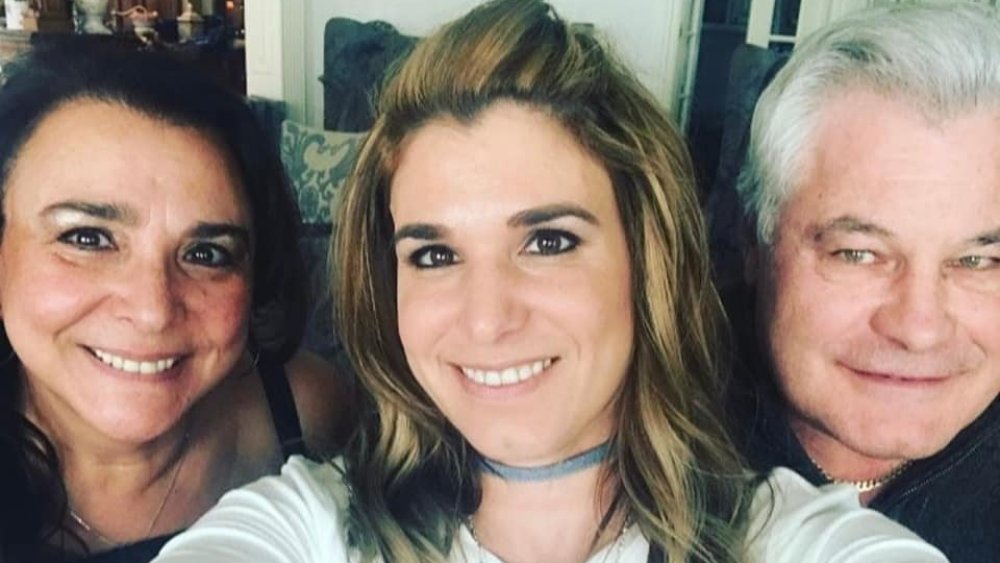 Lisa is a first-generation Italian-American. Her mom, Gloria Belgiovine is an immigrant from Molfetta in Southern Italy. Lisa was the oldest child and the oldest grandchild in her family. “My mom and dad were so strict with me,” she said in an episode of “What’s Up Cuz?.” She was allowed to go to movies on Friday nights only. But there were rules even around that. “I had to be home by 9 p.m., but the kicker is while I was in the movie, I had to get out every hour to go to the payphone to call my mom and check-in!” she added. And this was the ’90s, when the majority of people didn’t own a cell phone.

But, defending her folks’ strict parenting style, Lisa said that as immigrants fresh off the boat from Italy, “they did their best for what they knew!” A mother of four, Lisa is a relatively less strict mom. She is okay with her teenage daughter, Sofia, and son, Buddy Jr, dating and going to parties, as long as they are back by midnight. She is opposed to the idea of them taking Uber all by themselves though. She would rather drive them from one party to another, even if that means that she has to wait in the parking lot for two hours (via “What’s up Cuz?”).

Buddy Valastro’s wife has her own cooking show 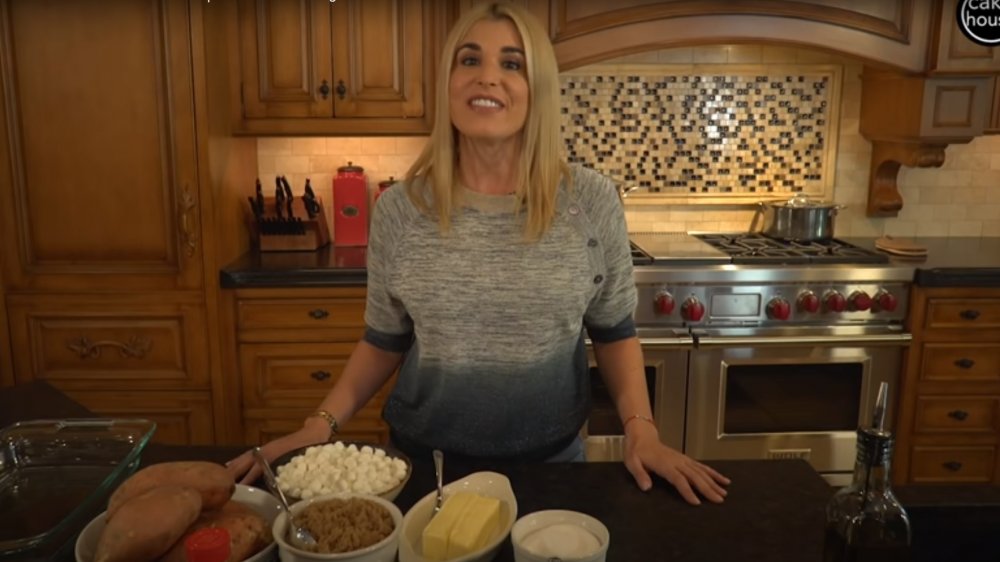 While Buddy Valastro can whip up many a mouthwatering cake, when it comes to cooking at home, his wife is the boss. Lisa has a 26-episode show called “Lisa’s Home Cooking” on Cake House — Cake Boss Buddy’s official Youtube channel. Launched in 2018, it was initially called “Easy Italian with Lisa Valastro,” and the first five episodes — all done in January 2018 — had the reality star demonstrating how to cook popular Italian dishes such as bruschetta, fresh tomato sauce, egg balls, roasted tomatoes and garlic spaghetti, and cacio e pepe (pasta with cheese and pepper). In February 2018, the show was renamed “Lisa’s Home Cooking,” and it continued until January 2019.

Some videos are shot in her home kitchen in New Jersey, and some in the outdoor kitchen of the famy house on the Jersey shore. The show gives a generous glimpse of the “Cake Boss” family’s kitchen, while also revealing interesting trivia about Lisa herself. For example, now we know that Lisa’s favorite vegetable is zucchini and her favorite kitchen tool is a garlic press. She said: “This tool travels with me everywhere. If I have to cook somewhere, this always goes in my pocketbook” (via TLC).

All the dishes featured in the show are made with fresh ingredients. They’re what Lisa makes at home for her family. They even include her children’s favorites: mashed sweet potatoes with marshmallows and sugar, and a pasta and broccoli one-pot meal. 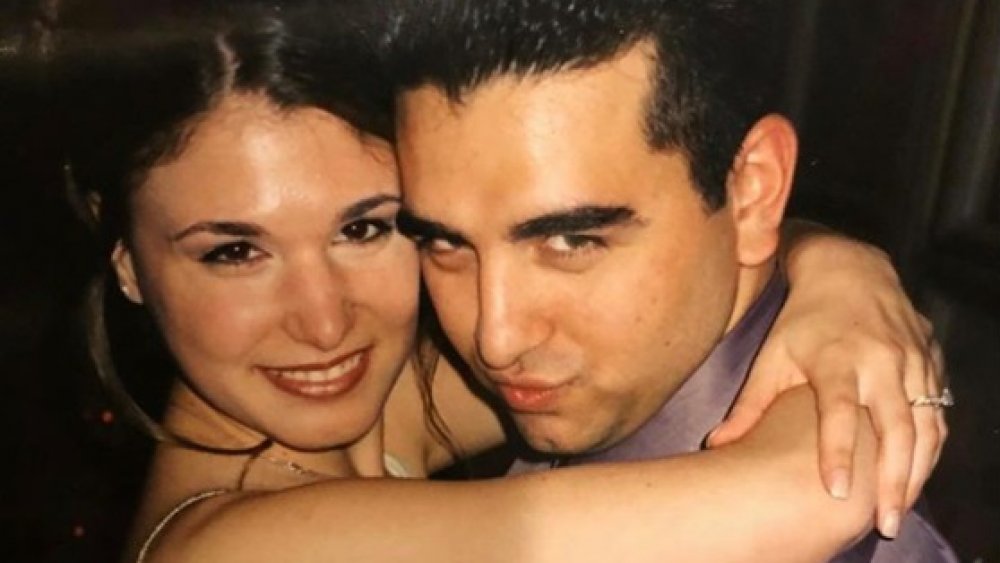 Buddy and Lisa Valastro knew each other growing up. Buddy’s second cousin and neighbor was Lisa’s best friend. “We used to see each other all the time when we went to visit,” she said in an interview. Things never moved further, until one Christmas, Buddy’s cousins came from Italy to visit, and one of them asked her to join them for clubbing. That was the first time they went out together — she was 19 and he was 22. “We were inseparable ever since,” she said in an episode of “Cake Boss.”

Buddy was just a baker back then, with no clue of the fame that awaited him. He had to drop out of high school to manage Carlo’s Bakery after his dad passed away (via Delish). In the initial years at the bakery, Buddy worked late nights. Lisa would bring him food and hang out watching him decorate, he said. They tied the knot in October 2001. It was not until 2009, when “Cake Boss” launched, that Buddy and Lisa’s life changed forever.

Carlo’s Bakery became so popular that the line for the bakery went around the block. While before, she had her husband all to herself, after the show began, she said, “I share him with millions of people.” While she accepts that it is stressful at times, she wouldn’t trade her life situation for anything else for she knows it’s her Buddy’s dream come true. 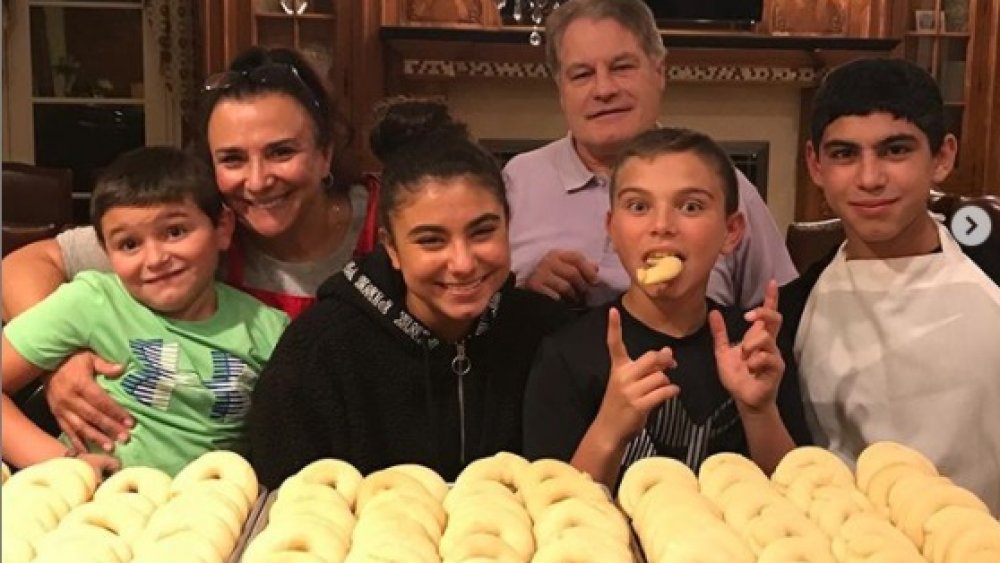 Lisa Valastro’s mother Gloria Belgiovine, who appears in many episodes of “Cake Boss,” has her own bakery called Gloria’s Amazing Cookies. The brand offers freshly baked biscotti cookies with hazelnut chocolate, sugar powder heart cookies, hazelnut chocolate pie, and more. The recipes for the cookies have been passed down for generations and are the same that Belgiovine’s grandmother used to make for her growing up in Italy.

Belgiovine has studied culinary sciences and managed businesses such as a pasta factory and a pizzeria and deli. She co-runs the bakery with Yvonne Rodriguez, who previously owned a line of fashion boutiques. Announcing the launch of her mom’s business in August 2020, Lisa wrote in her Instagram post, “My mom launched her very own cookie business, something that she always dreamed of. These are the cookies we grew up eating and now my kids are also making and enjoying them!”

Cookies aside, Belgiovine was instrumental in introducing a new tradition in Carlo’s bakery. Buddy writes in his book “Cake Boss: Stories and Recipes from Mia Famiglia” that it was upon seeing Belgiovine in the midst of her annual tradition of making fresh tomato sauce from the last of the season’s tomatoes that he decided to turn his bakery into a sauce factory for a day and make sauce out of ten bushels of tomatoes. The result came out so well that he decided to continue it as a tradition at the bakery every year. 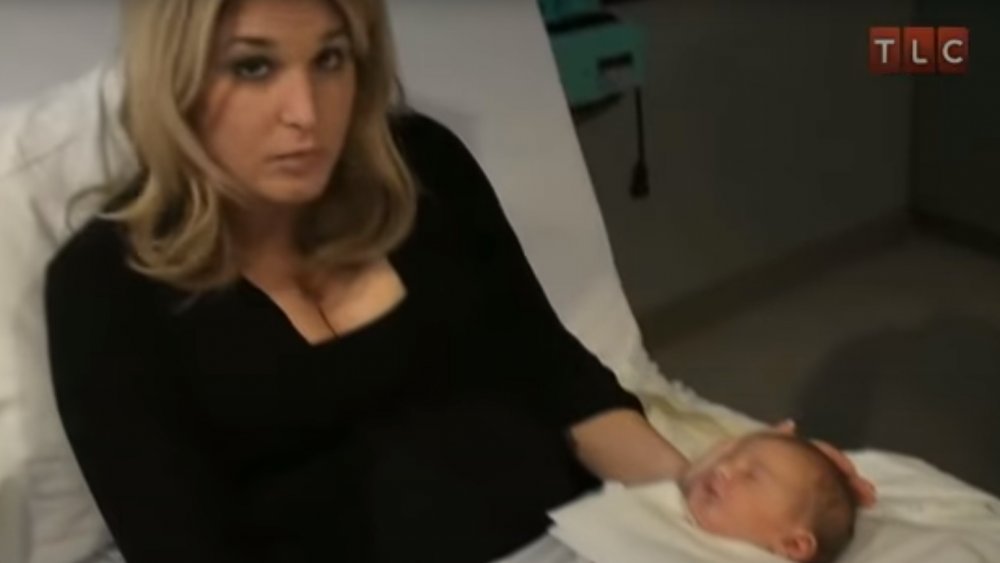 For Lisa Valastro, it took a few years to get used to the constant presence of a camera crew at Carlo’s Bakery. She said in an episode of “What’s up Cuz?” that “I was never on camera before, I was never in the TV business. I didn’t know what to expect. All of a sudden you wake up one day, and there are 15 camera people and sound people listening and looking at every single move you make.” Now, with “Cake Boss” running for over a decade, the crew has become like their family, she said. “I have even let them into my delivery room. You’ve got to feel real comfortable to do that,” she said.

The delivery of Lisa and Buddy’s fourth son, Carlo Salvatore Valastro (named after Carlo Guastaferro, who established Carlo’s Bakery that was later bought by Buddy’s dad), was recorded as part of an episode of “Cake Boss.” There were two camera guys, two sound guys, and 15 producers in the room next door who were in charge of filming the birth of baby Carlo for the “Cake Boss” episode.

The camera people could only shoot from behind the head, of course. Lisa said that the only reason she okayed filming the delivery was that it was her fourth and she knew what to expect. That, and the fact that — lucky for her — her delivery was easy, she said. 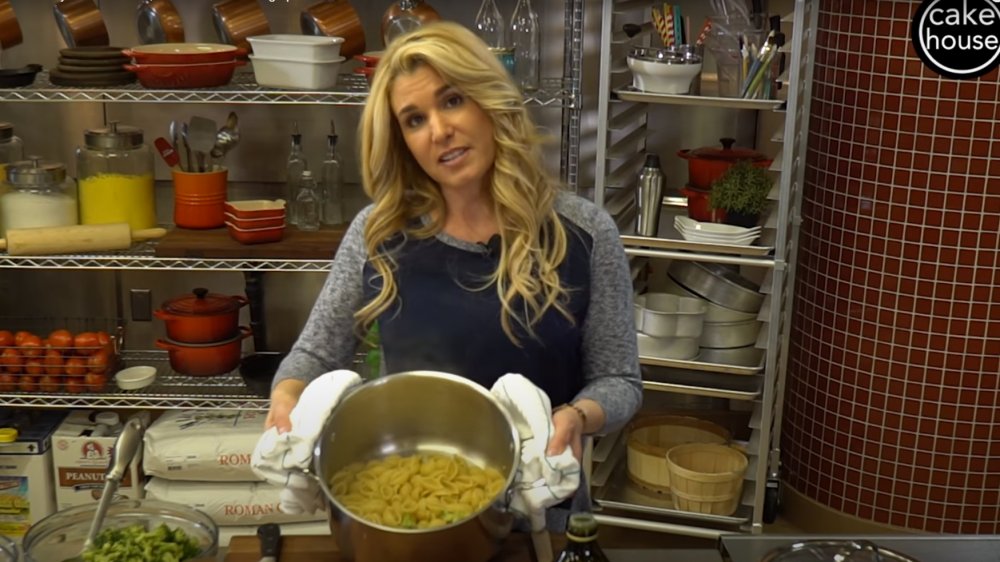 With four kids in the house, a celebrity husband, and a large extended family, life can be pretty chaotic if not well-planned. And Lisa knows that. This is why, at the beginning of the week, she makes a run to the supermarket and decides her menu for the week based on what looks fresh. Her idea of a meal is usually a combination of vegetables, proteins, and carbs (via “What’s up Cuz?”).

Sunday, in the Valastro house, is synonymous with tomato sauce. Lisa makes the fresh tomato sauce with six pounds of Jersey plum tomatoes, enough to last the week. The sauce can be coupled with pieces of meat, meatballs, or pasta. “My mom taught us how to make the fresh tomato sauce. It was a Sunday tradition in my house. We did it so many times that it’s such a second nature to us right now,” she said in an episode of “Lisa’s Home Cooking.”

When it comes to preparing dishes for the holidays, Lisa has a whole different game plan. She decides on a menu and starts prep work three days before Christmas. With two days to go, she cleans the vegetables and makes her lasagna. One the day before, she cooks the vegetables. On Christmas morning, all she has to do is heat the trays of food in the oven and get ready for the party.