What you eat can drastically affect many aspects of your health, including your risk of developing chronic diseases like heart disease, diabetes and cancer.

The development of cancer, in particular, has been shown to be heavily influenced by your diet.

Many foods contain beneficial compounds that could help decrease the growth of cancer.

There are also several studies showing that a higher intake of certain foods could be associated with a lower risk of the disease.

This article will delve into the research and look at 12 foods that may lower your risk of cancer. 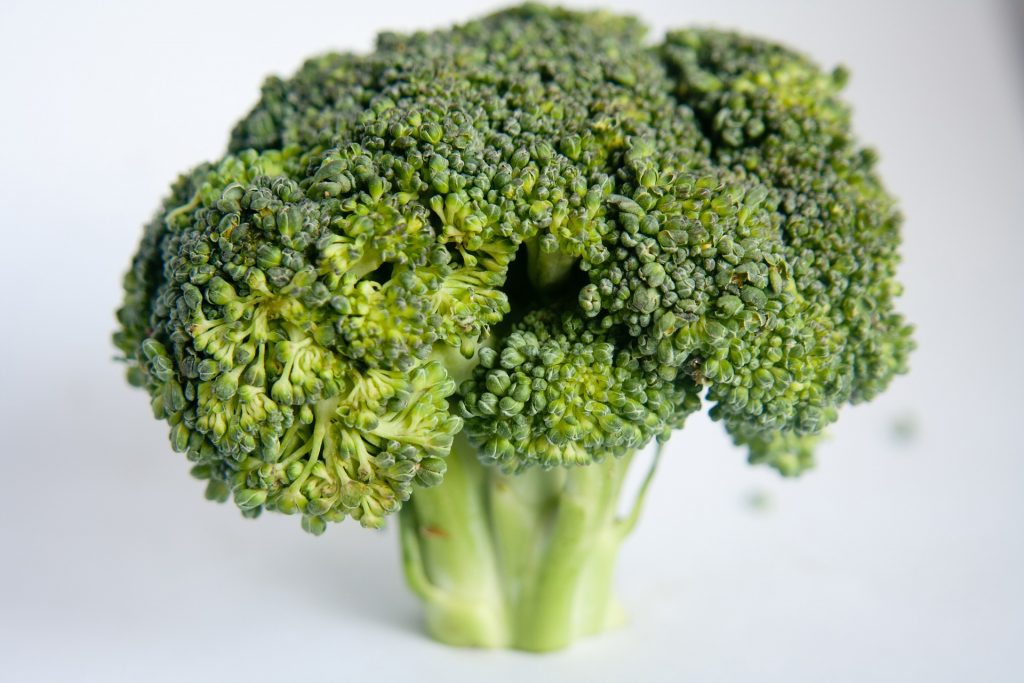 Broccoli contains sulforaphane, a plant compound found in cruciferous vegetables that may have potent anticancer properties.One test-tube study showed that sulforaphane reduced the size and number of breast cancer cells by up to 75% .

Similarly, an animal study found that treating mice with sulforaphane helped kill off prostate cancer cells and reduced tumor volume by more than 50% .

Some studies have also found that a higher intake of cruciferous vegetables like broccoli may be linked to a lower risk of colorectal cancer.

One analysis of 35 studies showed that eating more cruciferous vegetables was associated with a lower risk of colorectal and colon cancer .

Including broccoli with a few meals per week may come with some cancer-fighting benefits.

However, keep in mind that the available research hasn’t looked directly at how broccoli may affect cancer in humans.

Instead, it has been limited to test-tube, animal and observational studies that either investigated the effects of cruciferous vegetables, or the effects of a specific compound in broccoli. Thus, more studies are needed. 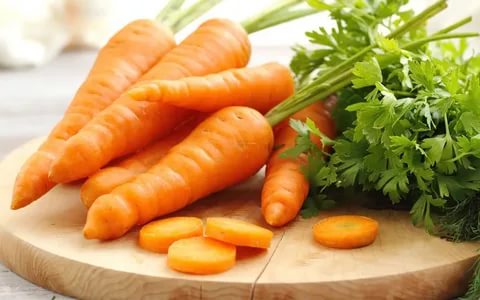 Several studies have found that eating more carrots is linked to a decreased risk of certain types of cancer.For example, an analysis looked at the results of five studies and concluded that eating carrots may reduce the risk of stomach cancer by up to 26% .

Another study found that a higher intake of carrots was associated with 18% lower odds of developing prostate cancer.

One study analyzed the diets of 1,266 participants with and without lung cancer. It found that current smokers who did not eat carrots were three times as likely to develop lung cancer, compared to those who ate carrots more than once per week .

Try incorporating carrots into your diet as a healthy snack or delicious side dish just a few times per week to increase your intake and potentially reduce your risk of cancer.

Still, remember that these studies show an association between carrot consumption and cancer, but don’t account for other factors that may play a role. 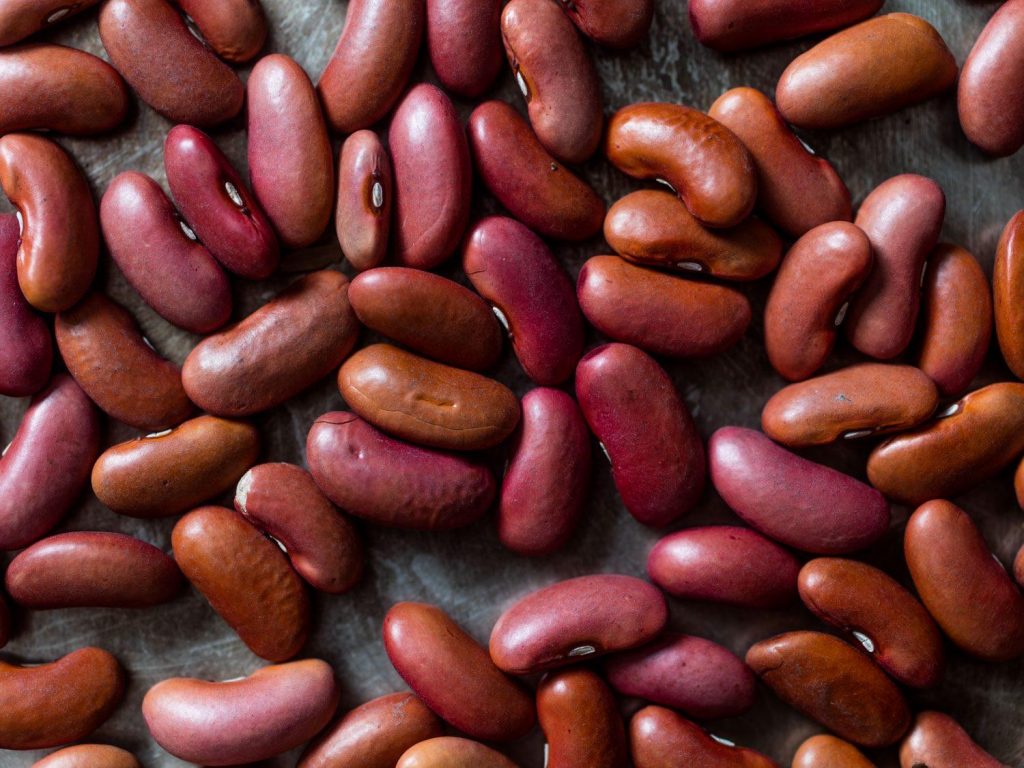 Beans are high in fiber, which some studies have found may help protect against colorectal cancer.One study followed 1,905 people with a history of colorectal tumors, and found that those who consumed more cooked, dried beans tended to have a decreased risk of tumor recurrence .

An animal study also found that feeding rats black beans or navy beans and then inducing colon cancer blocked the development of cancer cells by up to 75% .

According to these results, eating a few servings of beans each week may increase your fiber intake and help lower the risk of developing cancer.

However, the current research is limited to animal studies and studies that show association but not causation. More studies are needed to examine this in humans, specifically. 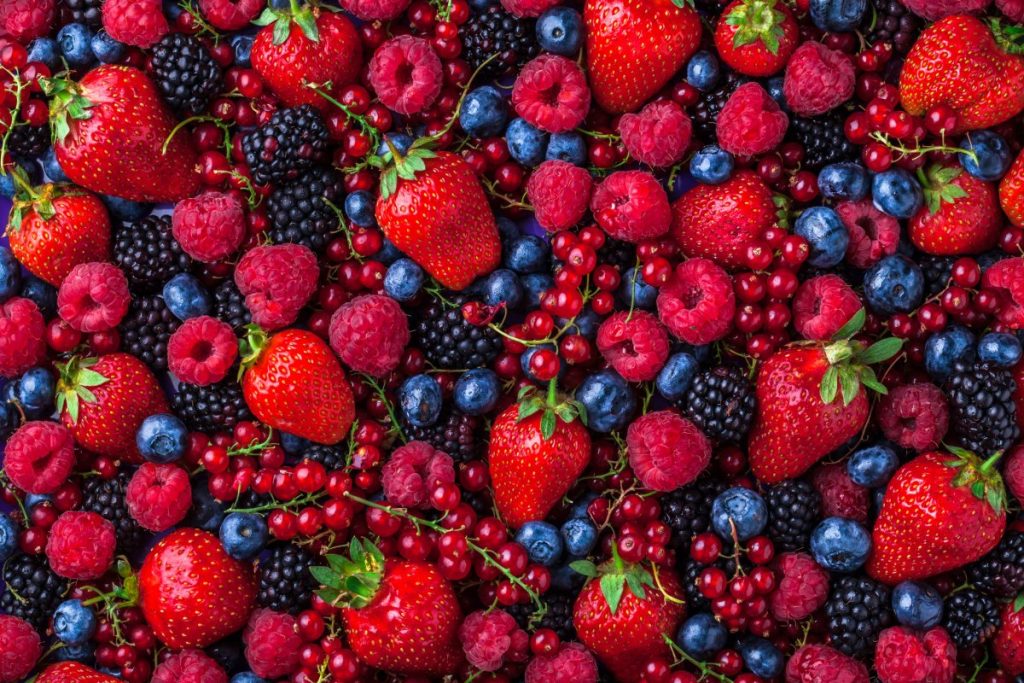 Berries are high in anthocyanins, plant pigments that have antioxidant properties and may be associated with a reduced risk of cancer.In one human study, 25 people with colorectal cancer were treated with bilberry extract for seven days, which was found to reduce the growth of cancer cells by 7% .

Another small study gave freeze-dried black raspberries to patients with oral cancer and showed that it decreased levels of certain markers associated with cancer progression .

One animal study found that giving rats freeze-dried black raspberries reduced esophageal tumor incidence by up to 54% and decreased the number of tumors by up to 62% .

Similarly, another animal study showed that giving rats a berry extract was found to inhibit several biomarkers of cancer .

Based on these findings, including a serving or two of berries in your diet each day may help inhibit the development of cancer.

Keep in mind that these are animal and observational studies looking at the effects of a concentrated dose of berry extract, and more human research is needed. 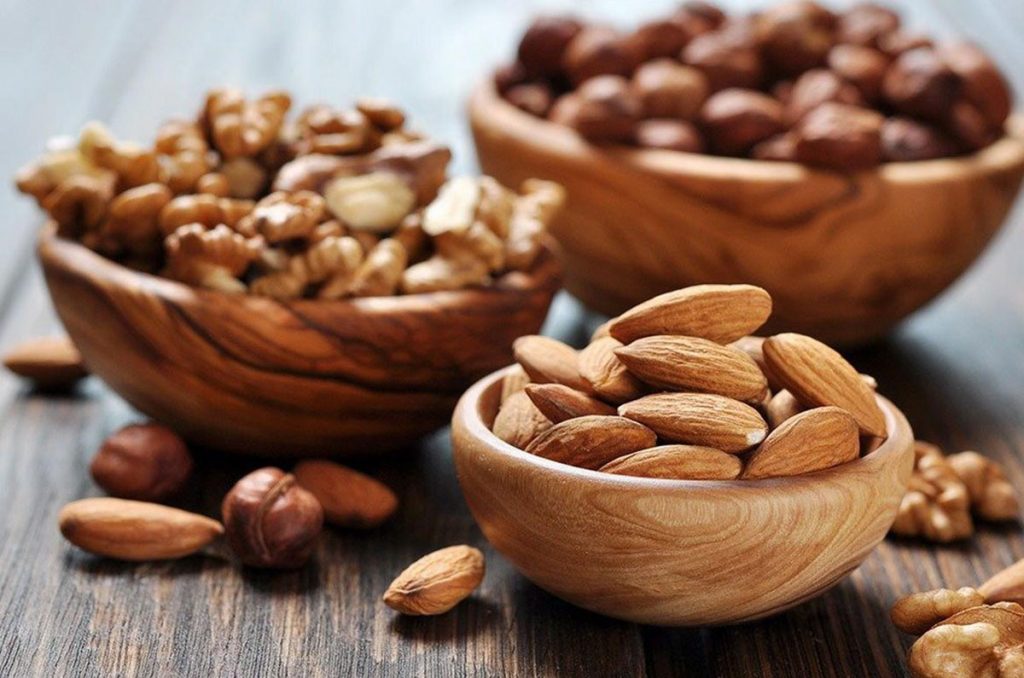 Cinnamon is well-known for its health benefits, including its ability to reduce blood sugar and ease inflammation.

In addition, some test-tube and animal studies have found that cinnamon may help block the spread of cancer cells.

A test-tube study found that cinnamon extract was able to decrease the spread of cancer cells and induce their death .

An animal study also showed that cinnamon extract induced cell death in tumor cells, and also decreased how much tumors grew and spread.

Including 1/2–1 teaspoon (2–4 grams) of cinnamon in your diet per day may be beneficial in cancer prevention, and may come with other benefits as well, such as reduced blood sugar and decreased inflammation.

However, more studies are needed to understand how cinnamon may affect cancer development in humans. 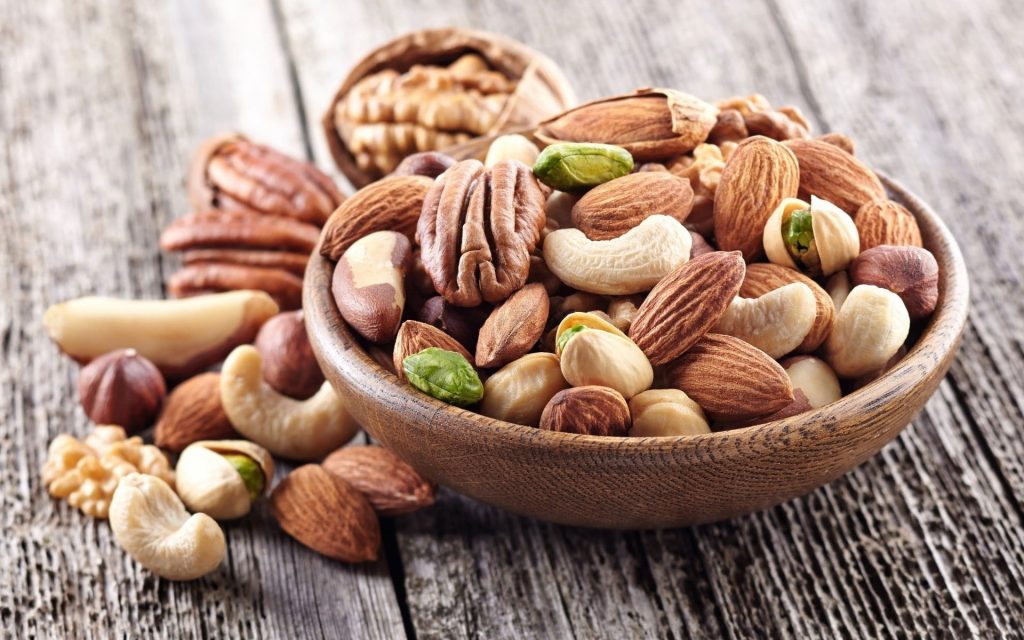 Research has found that eating nuts may be linked to a lower risk of certain types of cancer.For instance, a study looked at the diets of 19,386 people and found that eating a greater amount of nuts was associated with a decreased risk of dying from cancer.

Another study followed 30,708 participants for up to 30 years and found that eating nuts regularly was associated with a decreased risk of colorectal, pancreatic and endometrial cancers.

Other studies have found that specific types of nuts may be linked to a lower cancer risk.

For example, Brazil nuts are high in selenium, which may help protect against lung cancer in those with a low selenium status .

Similarly, one animal study showed that feeding mice walnuts decreased the growth rate of breast cancer cells by 80% and reduced the number of tumors by 60% .

These results suggest that adding a serving of nuts to your diet each day may reduce your risk of developing cancer in the future.

Still, more studies in humans are needed to determine whether nuts are responsible for this association, or whether other factors are involved. 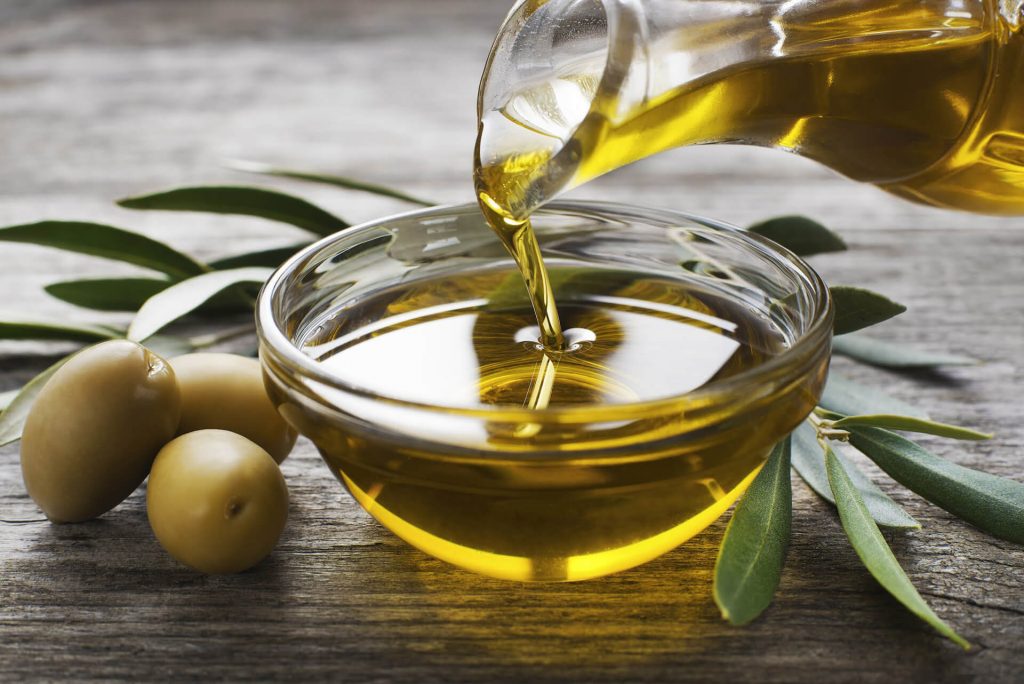 Olive oil is loaded with health benefits, so it’s no wonder it’s one of the staples of the Mediterranean diet.

Several studies have even found that a higher intake of olive oil may help protect against cancer.

One massive review made up of 19 studies showed that people who consumed the greatest amount of olive oil had a lower risk of developing breast cancer and cancer of the digestive system than those with the lowest intake .

Another study looked at the cancer rates in 28 countries around the world and found that areas with a higher intake of olive oil had decreased rates of colorectal cancer .

Swapping out other oils in your diet for olive oil is a simple way to take advantage of its health benefits. You can drizzle it over salads and cooked vegetables, or try using it in your marinades for meat, fish or poultry.

Though these studies show that there may be an association between olive oil intake and cancer, there are likely other factors involved as well. More studies are needed to look at the direct effects of olive oil on cancer in people. 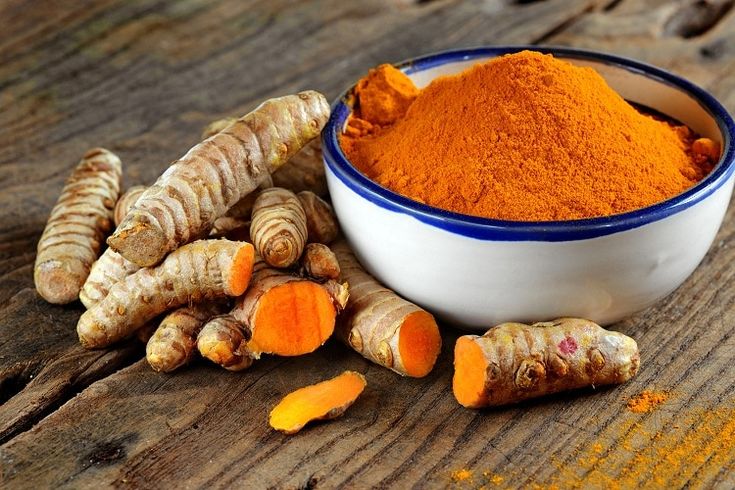 Turmeric is a spice well-known for its health-promoting properties. Curcumin, its active ingredient, is a chemical with anti-inflammatory, antioxidant and even anticancer effects.One study looked at the effects of curcumin on 44 patients with lesions in the colon that could have become cancerous. After 30 days, 4 grams of curcumin daily reduced the number of lesions present by 40% .

In a test-tube study, curcumin was also found to decrease the spread of colon cancer cells by targeting a specific enzyme related to cancer growth .

Curcumin has also been shown to be effective in slowing the growth of lung, breast and prostate cancer cells in other test-tube studies .

For the best results, aim for at least 1/2–3 teaspoons (1–3 grams) of ground turmeric per day. Use it as a ground spice to add flavor to foods, and pair it with black pepper to help boost its absorption 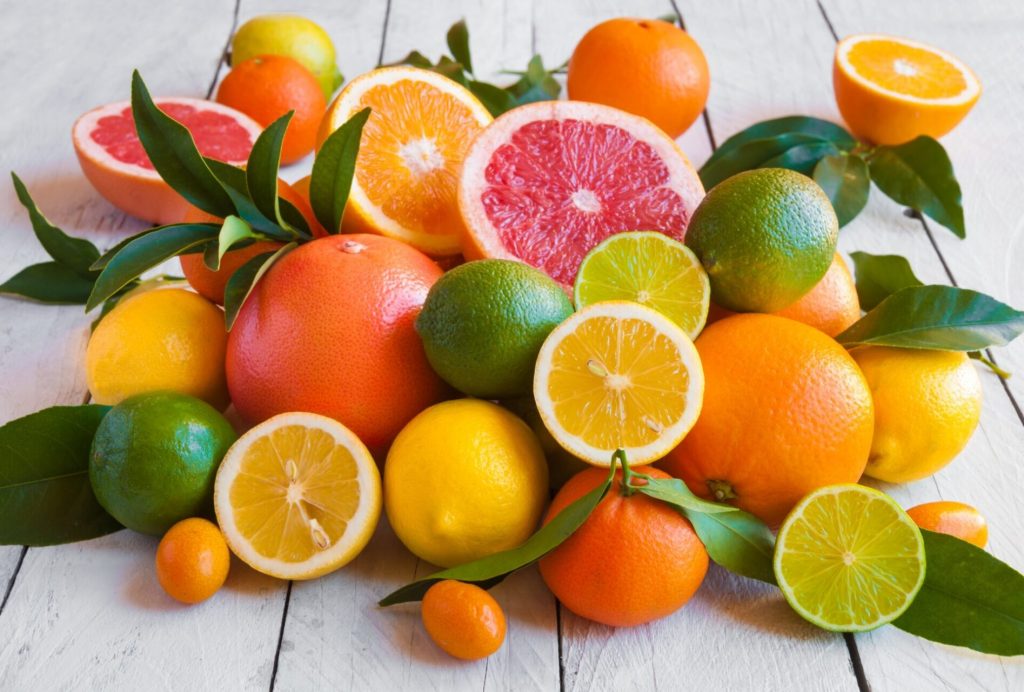 Eating citrus fruits such as lemons, limes, grapefruits and oranges has been associated with a lower risk of cancer in some studies.One large study found that participants who ate a higher amount of citrus fruits had a lower risk of developing cancers of the digestive and upper respiratory tracts .

A review looking at nine studies also found that a greater intake of citrus fruits was linked to a reduced risk of pancreatic cancer .

Finally, a review of 14 studies showed that a high intake, or at least three servings per week, of citrus fruit reduced the risk of stomach cancer by 28% .

These studies suggest that including a few servings of citrus fruits in your diet each week may lower your risk of developing certain types of cancer.

Keep in mind that these studies don’t account for other factors that may be involved. More studies are needed on how citrus fruits specifically affect cancer development. 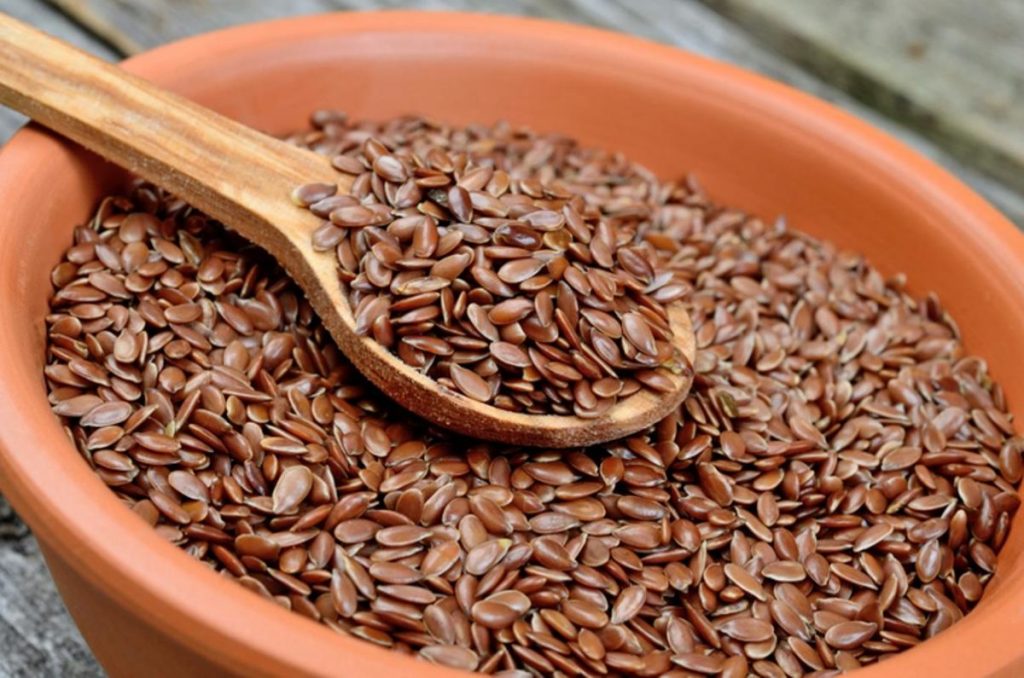 High in fiber as well as heart-healthy fats, flaxseed can be a healthy addition to your diet.Some research has shown that it may even help decrease cancer growth and help kill off cancer cells.

In one study, 32 women with breast cancer received either a flaxseed muffin daily or a placebo for over a month.

At the end of the study, the flaxseed group had decreased levels of specific markers that measure tumor growth, as well as an increase in cancer cell death .

In another study, 161 men with prostate cancer were treated with flaxseed, which was found to reduce the growth and spread of cancer cells .

Flaxseed is high in fiber, which other studies have found to be protective against colorectal cancer .

Try adding one tablespoon (10 grams) of ground flaxseed into your diet each day by mixing it into smoothies, sprinkling it over cereal and yogurt, or adding it to your favorite baked goods. 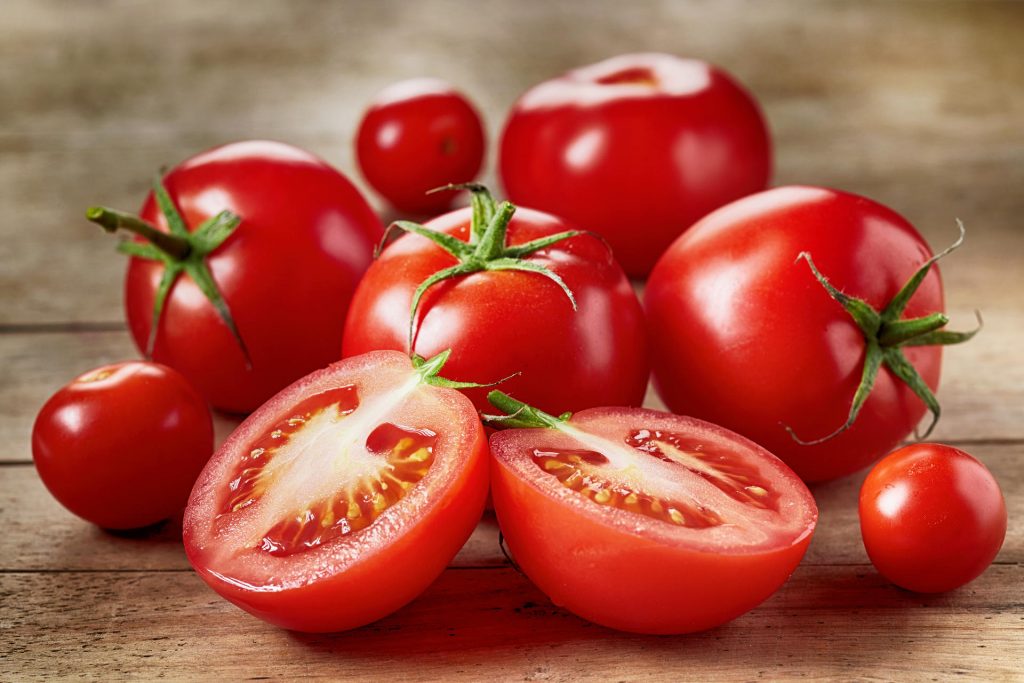 Lycopene is a compound found in tomatoes that is responsible for its vibrant red color as well as its anticancer properties.Several studies have found that an increased intake of lycopene and tomatoes could lead to a reduced risk of prostate cancer.

A review of 17 studies also found that a higher intake of raw tomatoes, cooked tomatoes and lycopene were all associated with a reduced risk of prostate cancer .

Another study of 47,365 people found that a greater intake of tomato sauce, in particular, was linked to a lower risk of developing prostate cancer .

To help increase your intake, include a serving or two of tomatoes in your diet each day by adding them to sandwiches, salads, sauces or pasta dishes.

Still, remember that these studies show there may be an association between eating tomatoes and a reduced risk of prostate cancer, but they don’t account for other factors that could be involved. 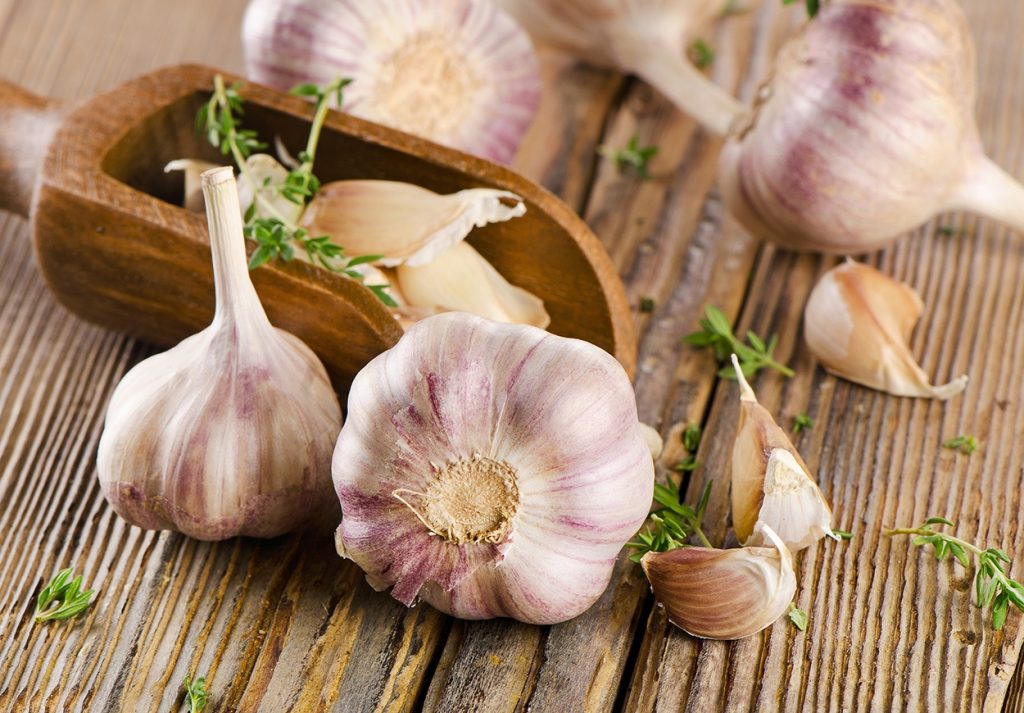 The active component in garlic is allicin, a compound that has been shown to kill off cancer cells in multiple test-tube studies .Several studies have found an association between garlic intake and a lower risk of certain types of cancer.

One study of 543,220 participants found that those who ate lots of Allium vegetables, such as garlic, onions, leeks and shallots, had a lower risk of stomach cancer than those who rarely consumed them .

A study of 471 men showed that a higher intake of garlic was associated with a reduced risk of prostate cancer .

Another study found that participants who ate lots of garlic, as well as fruit, deep yellow vegetables, dark green vegetables and onions, were less likely to develop colorectal tumors. However, this study did not isolate the effects of garlic .

Based on these findings, including 2–5 grams (approximately one clove) of fresh garlic into your diet per day can help you take advantage of its health-promoting properties.

However, despite the promising results showing an association between garlic and a reduced risk of cancer, more studies are needed to examine whether other factors play a role.